HYDERABAD: After finding over 200 villas were raised illegally in Mallampet village under Dundigal municipality, the municipal administration department has now decided to check all building permissions in 74 new municipalities in the state.

Official sources said that several hundred gram panchayats were merged to create new municipalities in 2018 with the intention to develop the areas. While gram panchayats have powers to grant permissions up to ground and two floors, many sanctioned plans for five floors and gated communities, especially on the city’s outskirts and HMDA jurisdiction.

Officials suspect that panchayat secretaries, sarpanches and commissioners of some new municipalities colluded with the builders. In some cases, fake permissions were found for new constructions with old dates when the areas were under gram panchayats. 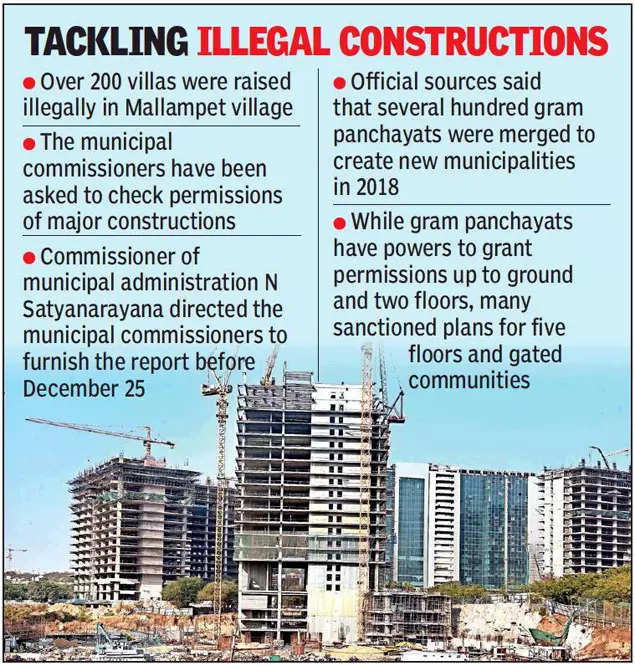 “Municipal commissioners have to detect unauthorised constructions in their respective areas which were started without permissions and initiate stringent action against them. The commissioners have to gather information and maintain stock register of building permissions accorded during the panchayats and also take over all registers with approved plans and endorsements from them,” Satyanarayana said.

Apart from buildings, the municipal administration also decided to focus on illegal layouts and permission year, owner, plinth area and other details.