PUNE: Riding on high-value property transactions, the state registration department has achieved 93% of the pre-pandemic revenue target of July 2019, this year.

“It is a good sign that we were able to come close to achieving the 2019 target even as there were no sops in July this year. The total revenue earned by the department in July was Rs 2,411.8 crore as against Rs 2,594.2 crore in July 2019,” state inspector general of registration and controller of stamps, Shravan Hardikar, said.

Maharashtra had seen a four-year high in registrations and revenue collection in November and December last year due to the stamp duty waiver. Realty experts said that while citizens availed of the stamp duty waiver from September to December and again from January to March, the volume of actual transactions could have been affected. “Registrations in big projects seem to have happened in July, which helped in increasing the revenue,” said a property expert. 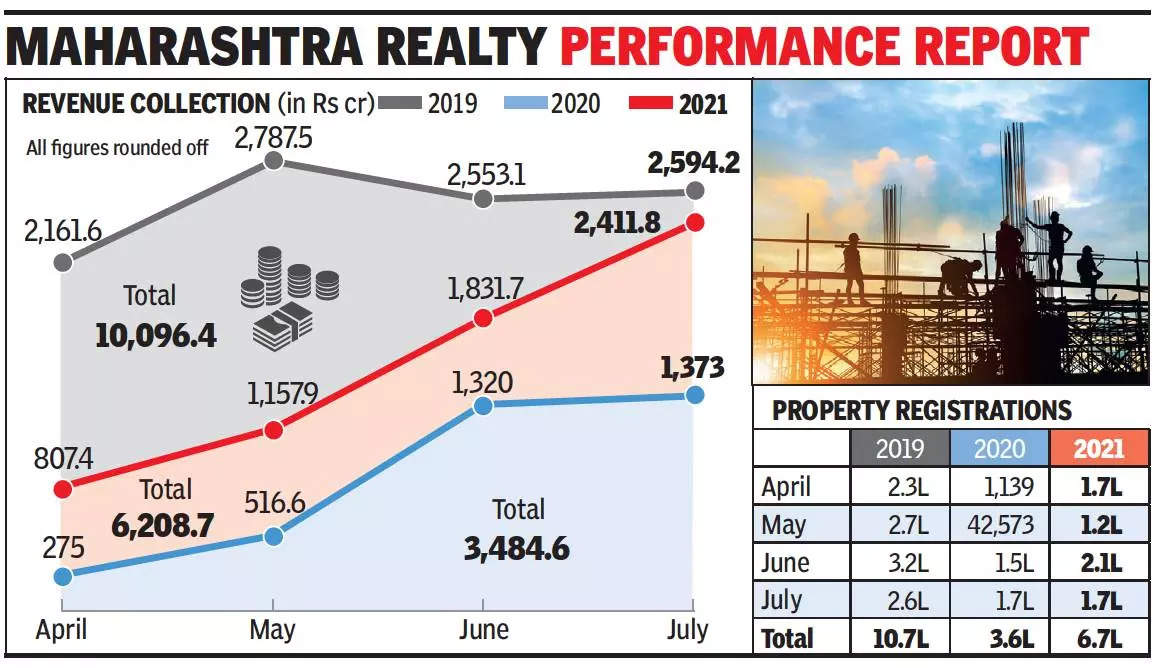 Property registration department officials said low-value sales were impacted, with low-cost housing projects not getting registered as much since the second wave hit the state. “More land transactions and bigger projects seem to have been registered, which has definitely brought in more revenue,” an official said.

Credai vice-president national Shantilal Kataria told TOI that there was more sale in July, but actual registrations could have suffered due to the rainfall and flood affecting many areas. “We are expecting more projects being announced. After the Unified DCR, developers are now changing the plans accordingly. The registrations will slowly pick up,” he said.