CHANDIGARH: The Chandigarh Housing Board (CHB) has written to the UT deputy commissioner’s office for a 2006 estate office biometric survey list of the remaining slum dwellers of Colony No. 4 to be resettled.

In the last CHB meeting, UT adviser Dharam Pal directed the UT deputy commissioner’s office, Chandigarh Housing Board (CHB), and municipal corporation to complete the exercise of reclaiming the prime land of Colony No. 4 by moving all its occupants to their new homes in Maloya.

The UT estate office and the CHB have already handed over given flats in Maloya to 2,482 eligible slum-dwellers under the rehabilitation scheme. The colony to be cleared has more than 5,000 houses. For their new homes, the dwellers will have to pay a monthly licence fee of Rs 800 each for 20 years, after which they will pay the balance to get the property’s ownership.

Sources in the administration said that the slum dwellers whose claims were disputed will be shifted to the flats in Maloya constructed under the Affordable Rental Housing Complexes (ARHCs) scheme of the central government. For the allotment, they willpay a monthly rent of Rs 3,000, which will increase 8% every two years. The total rental period will be 25 years. 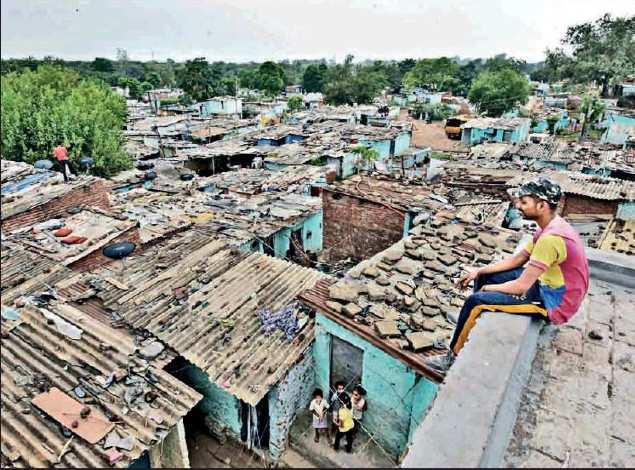 If those with disputed cases became eligible at a later stage, they will be charged a license fee of Rs 800 with retrospective date. The Maloya project began in June 2014, cost the Centre Rs 250 crore, and in May 2019, the Prime Minister was to hand over the flat keys to the allottees but work was incomplete. Its original deadline was 2016.